LUXURY TRAP™ was created since 2005 by IP creator and BUMP founder Derek Banner, based on an original idea and Danish draft by his wife Anita L. Banner.

LUXURY TRAP original TV show format was submitted by an email of 15 February 2006 to Danish TV3's Head of programming Karoline Briand Spodsberg, and also by email as well as during a pitch meeting with Metronome's Head of programming Jan Lagermand Lundme, and further discussed with Jock Millgårdh, co-founder of Swedish format company Friday TV, a Metronome Group and Endemol Shine company.

After the pitch meeting Metronome and Jan Lagermand Lundme confirmed by email in 2006 that it is Friday TV that is BUMP's contact regarding all the TV formats which BUMP submitted as program proposals to the Metronome Group.

In April 2006 Friday TV, TV3, and Metronome decided to exploit the format and began development and pre-production, production started in May 2006, filming in August 2006, and the program was aired the first time on TV3 Sweden on November 1st, 2006, with the translated Swedish title Lyxfällan. In 2008 the program was aired on TV3 Denmark, Luksusfælden, and on TV3 Norway, Luksusfellen.

Luxury Trap has currently been aired for twenty-eight seasons in Sweden, twenty-five seasons in Denmark, and twenty-two seasons in Norway. 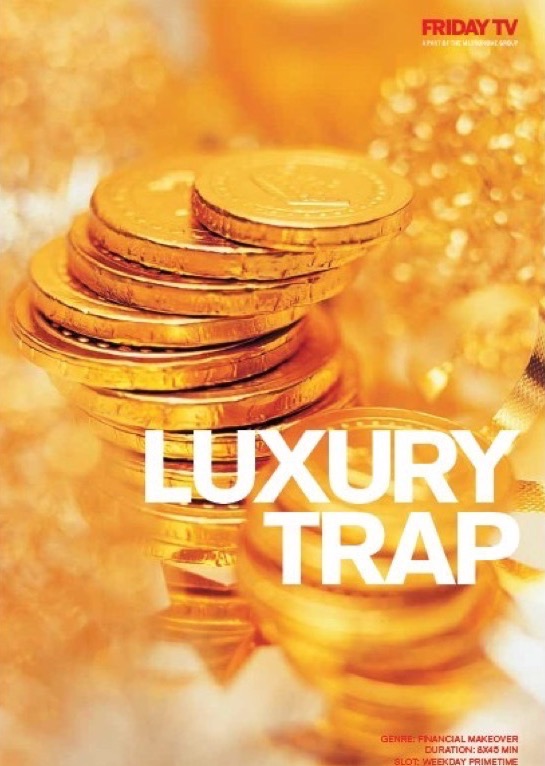