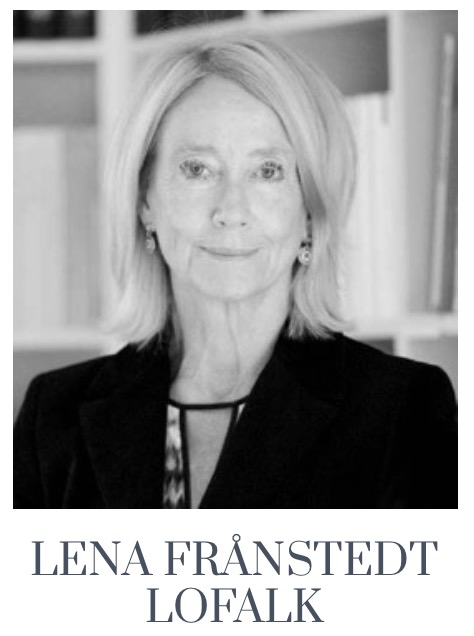 In the presence of incriminating evidence against their clients, Swedish lawyers Caroline von Heidenstam and Lena Franstedt Lofalk, partners at Stokcholm based Swedish law firm Kanter Advokatbyrå, have advised their clients Friday TV, Metronome, Endemol Shine, to hide agreement files and to commit fraud against BUMP. A main witness they advised in the case to make false statements under oath has committed suicide.

In 2003 he created MINUTE TO WIN IT, originally called MINUTE WINNER - You got one minute to win it!, a television gameshow concept which in November 2005 he pitched to Jock MIllgårdh and Mattias Olsson, both co-founders of Metronome and Endemol Shine owned Swedish format company Friday TV. Derek Banner was accompanied by Massimo Locci who was present at the pitch meeting in Stockholm. After the meeting Derek Banner followed up with an email to Jock Millgårdh which contained ten new TV format proposals, and in the same email Derek Banner included a copy of the four page "Minute Winner" format pitch.

Between 2005 - 2007 Friday TV and Derek Banner's company BUMP established a working relationship during which BUMP pitched a number of TV format proposals to Friday TV, including Minute Winner, Celebrity Birthday, Papa Can Dance (About the oldies), Luxury Trap (Lyxfallan), etc. They signed an agreement on one of the formats "Celebrity Birthday", which Friday TV was to further develop to a full format and sell to third parties worldwide.

In an email to Friday TV's Jock Millgårdh in 2007 Derek Banner sent fourteen page extended derivative version of "Minute Winner" entitled "Read Your Fortune", which he created in 2004, a year after creating "Minute Winner". The new format provided details such as "million dollar prize", "ten sample games", "increasing prize ladder", "trying the games at home", "Christmas edition", "Games in schools", etc. Tye same year in 2007 Jock Millgårdh and Mattias Olsson developed "Minute To Win It" using Derek Banner's gameshow proposal "Minute Winner - Minute To Win It" and details from its derivative version "Read Your Fortune", making what's called an "hybrid". They then made an animated promo video and in 2009 they pitched the gameshow concept to NBC. In 2010 NBC aired "Minute To Win It" and the gameshow was later adapted in seventy territories, distributed by NBCUniversal and Endemol Shine International. "Minute To Win It" was awarded FRAPA's title of "World's most sold gameshow" in 2011 and 2012.

In September 2011 Derek Banner sent an email to Jock Millgårdh and Friday TV's CEO/co-founder Estelle Bodén and inquired about "Minute To Win It". After a number of email exchange Estelle Bodén informed that Metronome's Legal Counsel Eva-Lotta Almkvist will contact Derek Banner. The legal teams of NBCuniversal in US and Shine TV Limited in UK also confirmed in separate emails that Metronome and Friday TV were resolving the matter. In the same weeks Derek Banner discovered links to two agreement files stemming from Metronome and Friday TV's Internet servers in Stockholm, created in Swedish language. Below is an English translation of the two agreement files:

file:/// w // Metronome / Agreement / Agreement Documentation / BUMP / MINUTE WINNER - MINUTE TO WIN IT - You got one minute to win it!

The above agreement files evidence show that Jock Millgardh and Friday TV, and their Swedish lawyers and legal counsel acknowledged Derek Banner and BUMP's rights to Minute Winner - Minute To Win It.

In a letter to Derek Banner on 7 February 2019, Caroline Kean, Endemol Shine's lawyer in London, affirmed that Friday TV's legal counsel downloaded files from BUMP's website which she preserved for use as evidence. The two downloaded files were entitled "MINUTE WINER - You got one minute to win it!" and "MINUTE WINNER - MINUTE TO WIN IT - You got one minute to win it!"! and as it is shown in the aforementioned agreement files evidence which Derek Banner discovered from Friday TV and Metronome's servers, Friday TV's legal counsel used the two downloaded files were as documentation / evidence in the agreement files she drafted with BUMP and Friday TV.

Despite their acknowledgement of BUMP's rights, Friday TV's Swedish lawyers Lena Franstedt Lofalk and Caroline von Heidenstam however advised Friday TV, Metronome, and Endemol Shime to hide the created agreement files so they could avoid to pay over twenty million dollars in royalties and profit share to BUMP for "Minute To Win It". It is worth mentioning in comparison that Friday TV and Metronome paid royalties and profit share to a Swedish choir leader, Caroline af Ugglas, on the basis of a verbal idea which in 2007 Jock MIlgårdh and Matias Olson developed and sold to NBC. The program "Clash of the choirs" was later distributed in seventeen territories. Swedish Caroline at Ugglas received a share of profits for her verbal idea without dispute from the two Friday TV's lawyers, without court litigation or copyright claim. Therefore there should be no justification or basis for Friday TV's Swedish lawyers Caroline von Heidenstam and Lena Franstedt Lofalk to start a copyright dispute with Derek Banner and BUMP for the "Minute Winner - Minute To Win It" gameshow. They used copyright as a pretext for starting a legal battle and to force the matter to a court trial in Sweden so they could obtain court judgment in their favor and so Friday TV could avoid to pay royalties. They knew and they abused of the fact that small independant creators such as Derek Banner often do not have the financial means to defend their rights and interests in a court, they deliberately decided to take advantage of an independant minority owned company and defraud Derek Banner and his company of millions of dollars in royalties. Their actions were not a business decision but were purely motivated by bias and racial discrimination against Derek Banner.

Web analytics and evidence of visitors log files show that Friday TV and their lawyers spent several hours during their visit on BUMP's website and specifically visited pages with titles "Minute Winner - Minute To Win It" and "Luxury Trap". The log files evidence also show the name of the two lawyers' Swedish law firm, "Juridiskforetag Nord Och Co Ab", now called Kanter Advokatbyrå Ab, as well as the IP address of Friday TV and Metronome, and the name "Mutter Media Ab", which is Friday TV's server name and the name of a Metronome owned company headed by Eva-Lotta Almkvist, Friday TV's legal counsel who drafted the agreement files between Metronome, Friday TV, and BUMP. The log files evidence also show that the two lawyers were fully aware from their visit on BUMP's website that Derek Banner and BUMP used the Minute To Win It title, inckuding the catchphrase "You got one minute to win it", and the title "Luxury Trap"; nonetheless they went ahead and filed an application to register these trademarks in their clients' names. One day after they sent a letter to Derek Banner and claimed Friday TV's ownership of the Minute To Win It trademark, they stated in the same letter that Derek Banner's "Minute Winner" trademark is "confusingly similar" to Friday TV's "Minute To Win It" trademark and threatened Derek Banner with lawsuit. They fully ignored the fact that Derek Banner created and had been using the trademark "Minute Winner" and catchphrase "You got one minute to win it" since 2003 and since 2005 in direct connection with their client Friday TV. 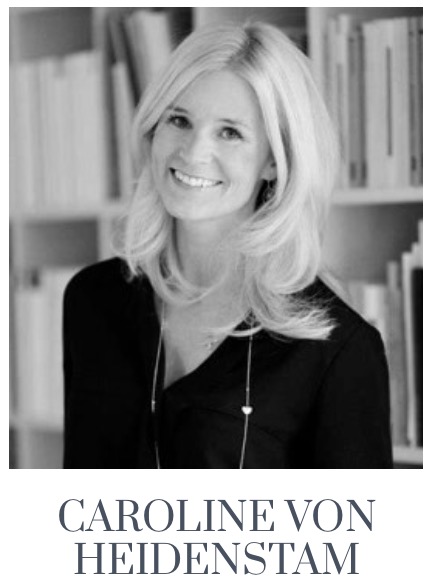 Besides Minute Winner and Minute To Win It, the two lawyers also assisted Friday TV and Metronome with forging documents with the intent to produce false evidence with regard to Luxury Trap, "Lyxfällan", which is another Derek Banner's TV show proposal to Metronome, Friday TV, and to TV3 VIASAT (Nordic Entertainment Group). Metronome, Friday TV, Endemol Shine, together with TV3 VIASAT Channels in Sweden, Denmark, and Norway have since been exploiting Luxury Trap for now more than twenty-six seasons without license, rights acquisition, or payment of royalties to Derek Banner and BUMP.

The  two lawyers have deliberately registered Derek Banner's used trademarks, Minute To Win It and Luxury Trap, in their clients' names without permission or their clients' proof of creation or ownership of the trademarks.

The two lawyers have had no prior experience in international TV formats dispute, and they ignored all settlement requests made to Derek Banner by their colleague in Denmark, Kasper Frahm, partner at Copenhagen based Danish law firm Plesner. They put aside all ethics and professional integrity and threatened in a letter to closely monitor all Derek Banner's activities, meaning they threatened to willingly violate his personal life, to conduct an illegal surveillance of his pivate activities, including online, telephone, email, etc. They tried to undermine Derek Banner's work and attempted to tarnish his name and reputation in the Swedish press, calling Derek Banner the Swedish word for "Gold digger", while all along allowing their clients Friday TV and Metronome to steal and profit from Derek Banner's work without paying or giving Derek Banner for it. Jock Millgårdh and Mattias Olssn have been called format geniuses in the Swedish press.

Swedish lawyers Caroline von Heidenstam and Lena Franstedt Lofalk then later urged Jock Millgårdh, who certainly was feeling under pressure and facing damages from Endemol Shine and NBCUniversal for selling to NBC an intellectual property which neither he nor Friday TV were the true owner of, to issue a written witness statement to the Swedish court and make false statements, and they used the same false statements in the English court in support of a strikeout application. Jock Millgårdh committed suicide in early January 2019.

Jock Millgårdh, Mattais Olsson, and Estelle Bodén were all Executive Producers on NBC's Minute To Win It in 2010.

Derek Banner and BUMP are still demanding payment of royalties and seeking damages. 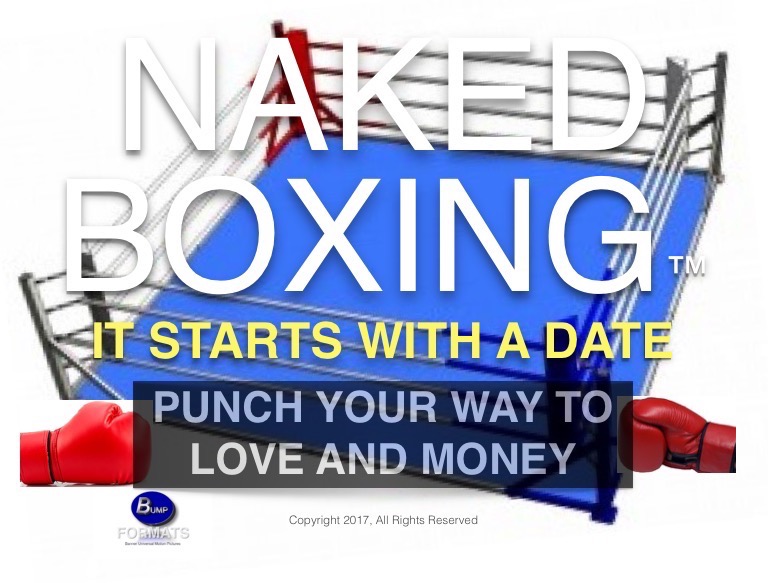